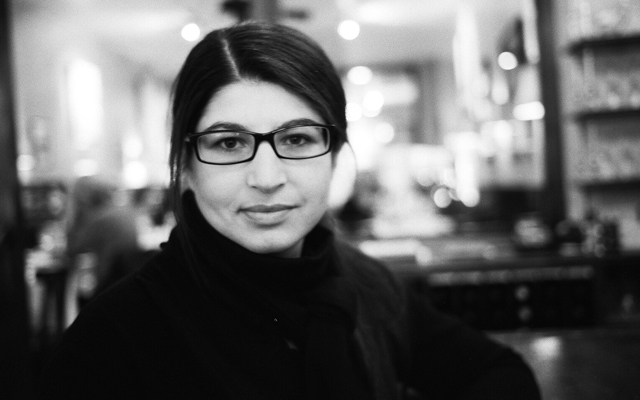 From the hip streets of Brooklyn to the leafy green suburbs of Auckland, Nadine Rubin Nathan is a woman with a long list of achievements. I spoke to her about past jobs, her recent move to New Zealand and her future plans, all while juggling full-time motherhood.

It’s 22h00 in dark, cold and drizzly Paris as I FaceTime Nadine Rubin Nathan. It’s 10h00 the following morning in warm, bright and sunny Auckland where Nadine and her family have recently moved. She looks so fresh – although comments that she’s been up most of the night with a teething one-year-old – and even though I haven’t seen her for over 10 years she hasn’t aged a single day.

Nadine is originally from my home city of Joburg and was my boss at ELLE magazine. She was the youngest editor-in-chief in South Africa of a global fashion title, which is testament to her talent and her unique mix of brilliant writing skills, creative eye and the ability to interpret trends and just knowing what is “cool”. After ELLE, she moved to New York and continued a prolific and busy career in journalism, contributing to Harper’s Bazaar as an editor and the New York Times as a writer as well as completing an MA in arts and culture journalism at Columbia University.

It was in the big apple that she met her New Zealander husband, photographer Paul Nathan. Nadine started working as senior editor at Assouline, the French owned company well known for publishing luxury books on fashion, travel, design and art and living in Williamsburg, Brooklyn with Paul. Nadine recounts, “At the time Paul was finding cool, hip, trendy people off the streets who had been heavily tattooed. He’s fascinated with the concept of transformation, and after a portfolio of around 100 photos it made sense to create a book”. She explains, “We knew that if we gave it to a publishing house we’d have less control over the process, so we thought what if we made a creative product and then sold it ourselves?” She continues, “We managed to get a distributor and created our own publishing business called Pelluceo, which means ‘lucid’ in latin.”

So far Pelluceo have published five books. Three of which are beautifully photographed coffee table books all shot by Paul. The first, Generation Ink, showcases the best of Brooklyn’s “20-something generation who regard tattoos as a form of self-expression” all lensed in their previous hipster suburb of Williamsburg. The second, Couture Dogs of New York, takes you to the world of primped poodles and the the third book, called Groomed shows you the world of highly groomed hounds mostly shot at grooming competitions. Their most recent project was born from an invitation to a dog wedding in Connecticut (Yes, this really happens!) where Paul was shooting for Couture Dogs of New York. There he met Coco the cat and her owner, Teri Thorsteinson. Coco came to Brooklyn and Paul shot a series of photos of this marvelously turned out cat and the product of these photographs is a children’s book titled The Adventures of Coco Le Chat: The World’s Most Fashionable Feline. The book is written by Nadine and illustrated by friend Jennifer Cascino of Famous Swan Productions all using Paul’s photos – a creative trio that have created a enchanting story (see my review). 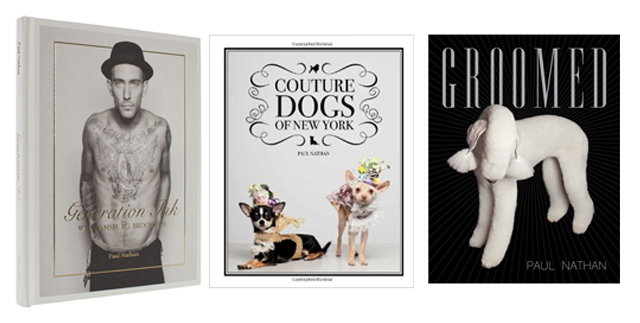 It’s been five months since Nadine, Paul and their two young daughters Alexa and Dasha moved from the busy, hip streets of Brooklyn to the quieter suburban roads of Auckland. They knew that they’d always move to New Zealand once they’d had kids in order to provide them with a childhood where they can run around barefoot on the grass. Still, she admits that it has been a strange experience becoming a suburban mother. “In Brooklyn I was always so lean and mean, just Dasha in the baby carrier and Alexa in the pushchair and not even a nappy bag, now it’s two kids in the car filled with groceries”. Motherhood has come with some adjustments. “I thought I’d be the corporate mom who was back in the office after a month but the little cuties got under my skin!” she says. 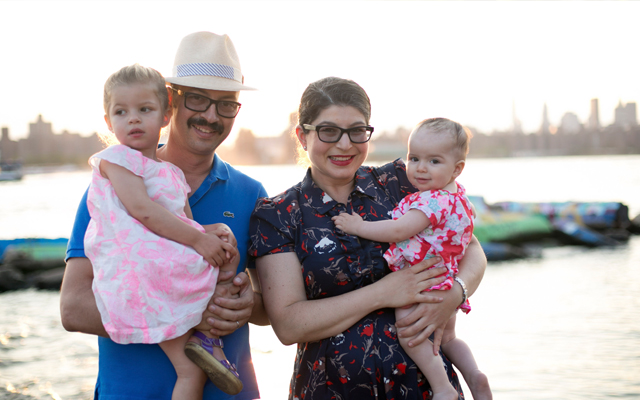 We spend a few minutes swopping stories and laughing about the silly things our kids do, and we both agree that it is the hardest job with the best rewards. When I ask what the most rewarding part is for her, she says, “I love how they keep you in the present moment which is probably why this move hasn’t been as hard as I thought it would be. I don’t have time to think and worry.”

We talk a bit about Nadine’s future plans which sound like they are already in motion, there will hopefully be another installment to Coco’s adventures and she has already started freelance writing and hopes to do more consulting and strategic editorial work for fashion and lifestyle brands. “The good thing about being here after having lived in New York is that I feel I’ve achieved what I wanted to in terms of my career. I don’t feel like I have to anything more to prove, so I can relax a little and enjoy it.” Nadine tells me that one of the pieces of advice she once received was that, “You can’t have it all, but you can have it all over time” – It certainly sounds to me as though she’s managing to balance things pretty well.

We get into a little Kiwi fashion speak too…

Favourite store for browsing? The Bloc, which is a store-within-store idea. Here you will find décor brands like Father Rabbit and Citta Design, quirky design from Collected by Leeann Yare and cult beauty products and coffee table books from World Beauty. www.bloc.co.nz
Where is the best area for buying fashion? Ponsonby Road is a great high street to wander up and down. It is peppered with local labels and second hand designer gear.
Have you discovered any unique New Zealand labels? I haven’t had enough time to thoroughly check out the fashion scene over here, but I have been wholly impressed by how local fashion is thriving. There are at least ten designers with multiple boutiques all over Auckland, starting with Karen Walker.  The only thing I have bought so far is a cool black suit by from the label Liam by designer Emily Miller-Sharma. It is available at Ruby stores nationwide www.rubynz.com
Alexa’s favourite outfit? From around 15 or 16 months, Alexa fell madly, passionately in love with the colour purple. It is all she would wear until recently when she allowed a bit of pink into the mix. She also loves princesses. Her current favourite is Cinderella, so when she isn’t wearing pink and purple, she is wearing her Cinderella dress. The dress cost $22. If you apply fashion maths to it and consider that she will wear it every day for about the next six months, it was practically free!
Who’s your biggest style influencer at the moment? Which designers are you watching closely Alexa! I find myself attracted to purple and pink too. I draw the line at princess dresses though. Ok, seriously. I love Celine and Chanel for special pieces.  New Zealand is about to get its first Dior store, which is exciting. And I am planning to get to grips with the emerging designer scene here ASAP. 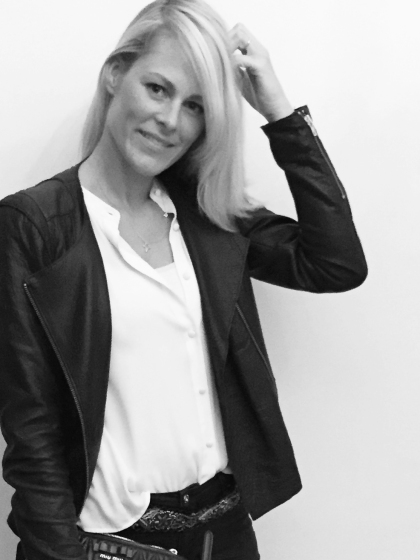